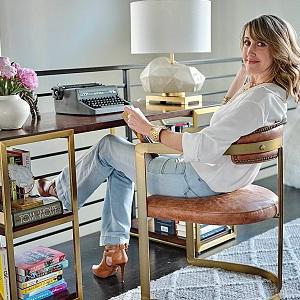 Kimmery Martin is an emergency medicine doctor-turned novelist whose works of medical fiction have been praised by The Harvard Crimson, The New York Times, and People magazine, among others. A lifelong literary nerd, she promotes reading, interviews authors, and teaches writing seminars, speaking frequently at libraries, conferences, and bookstores around the United States. Kimmery completed her medical training at the University of Louisville School of Medicine and the Vanderbilt University School of Medicine. Raised in the mountains outside Berea, Ky, she now lives with her husband and three children in Charlotte, North Carolina. Her latest novel, Doctors and Friends, received starred reviews from Publishers Weekly, Booklist, and Library Journal, and is available now.

Following Your Passion: How To Incorporate Your (Other) Career I…

Behind The Scenes: What Really Happens When You Sign With A Big …